Since Monday's fire drill, camp has been a beehive of activity, so to speak. We are hosting 3 provisional campers from another troop, who have fit in very well with the relaxed pace of our troop. Although one has the same first name as one of our regular troop members, and the other two have the same name, we've come up with appropriate nicknames - Aaron with an A is A-Aaron, and Erin with a E is E-Erin. Isaac taking BSA Scuba is "Scuba Isaac" though the other Isaac is just Isaac.

We have a Con-Ec project to do, one that our troop started working on earlier this year on a weekend camping trip; we will complete trail maintenance on the Spencer Nature Trail, which bleeds into the Red Trail (also known as the Broad Creek Trail now). The effort will be mainly grass whipping, with maybe one or two water bars thrown in for good measure. It's too bad that the trail does not look well-used, and that many of the numbered station posts are out of the ground. Without knowing their original purpose, it is hard to site them properly. We decided not to tackle post hole digging with the current troop alignment.

Monday night was a camp-wide game called "Staff Hunt" where each Unit in camp sent out patrols to locate Spencer staff and return then gently to the dining pavilion area.

One of our Scouts was injured right before camp and we've been trying to convince him to get into the woods.  It's a shame to waste an opportunity that only comes around once per year. Maybe tomorrow he will feel well enou to venture away from his home base.

The site inspection Tuesday was better than the day before; we earned a score of 100 percent on the cleanliness of our camp and other safety factors.  This is just one of the requirements for a Troop award from the Scout camp.  Some of the others are going to be tough to achieve. We'll see what happens.

The Early Bird swim is set for Tuesday and Thursday - one of our adults and two Scouts passed me this morning, heading to the pool as I was heading back from the shower house (before 6 AM :-).

Monday night was the quarter mile swim, for those trying to do the mile swim on Thursday, and for those Scouts taking Lifesaving merit badge. We have four in the latter category and three of them completed the daunting swim. One was so tired from late night chatter he seemed to run out of steam. Let's hope he can get another chance this week, as pool time is not easy to set up.

Tonight is Troop Night, where we can either host a campfire program or visit another site who invited us to their program. We will go to Hansen Lodge where Troop 117 is planning to serve Boy Scout popcorn and have games to play. I picked up some cookies and other snacks at the Dublin Market, including soft chocolate chip cookies as requested by Mr. Louie. 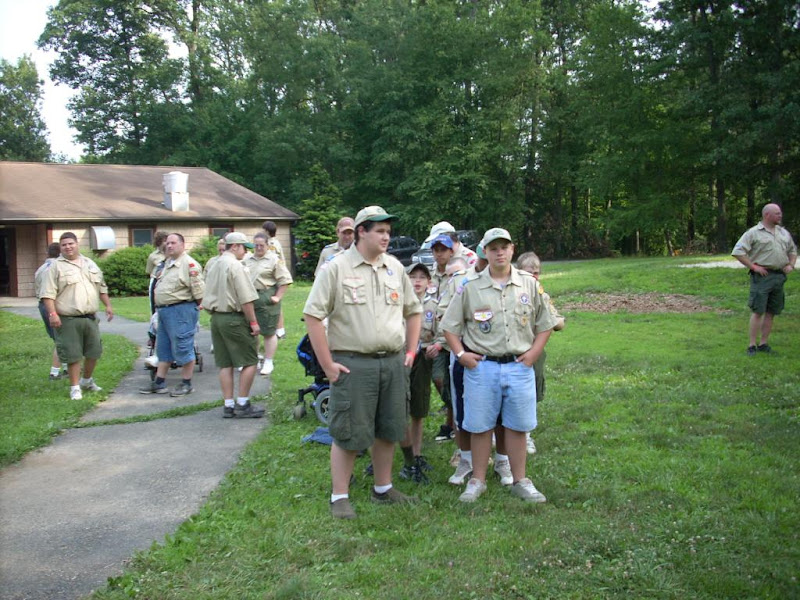 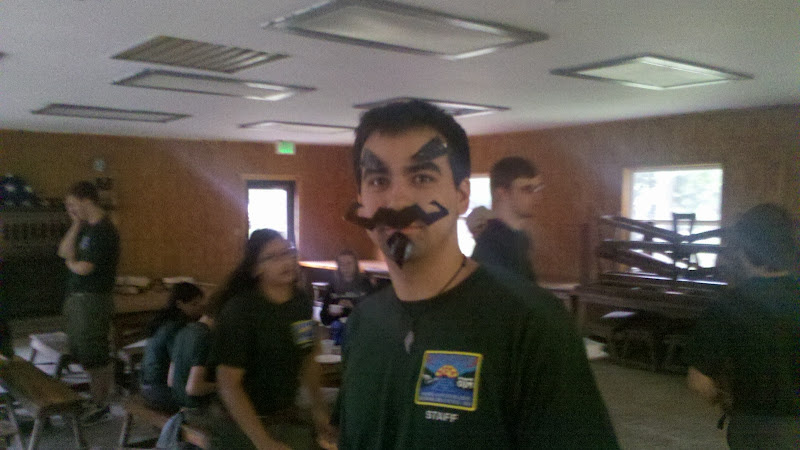 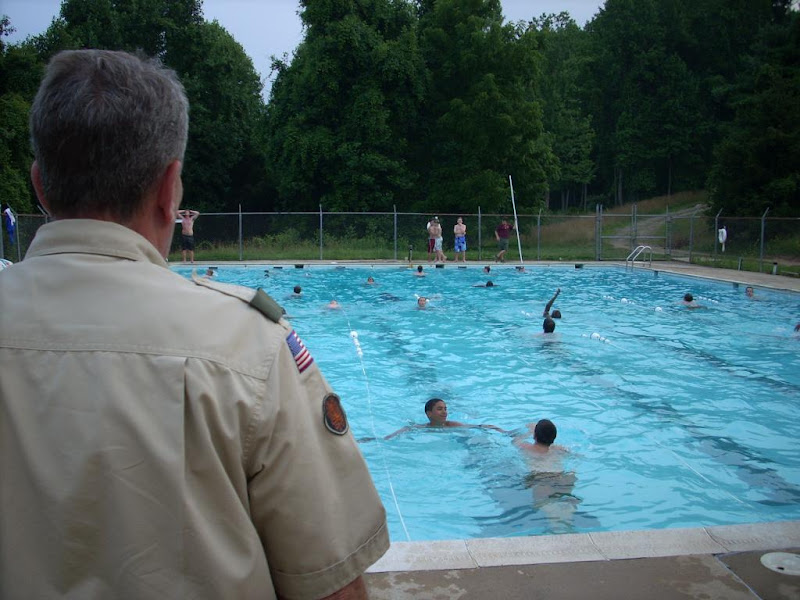 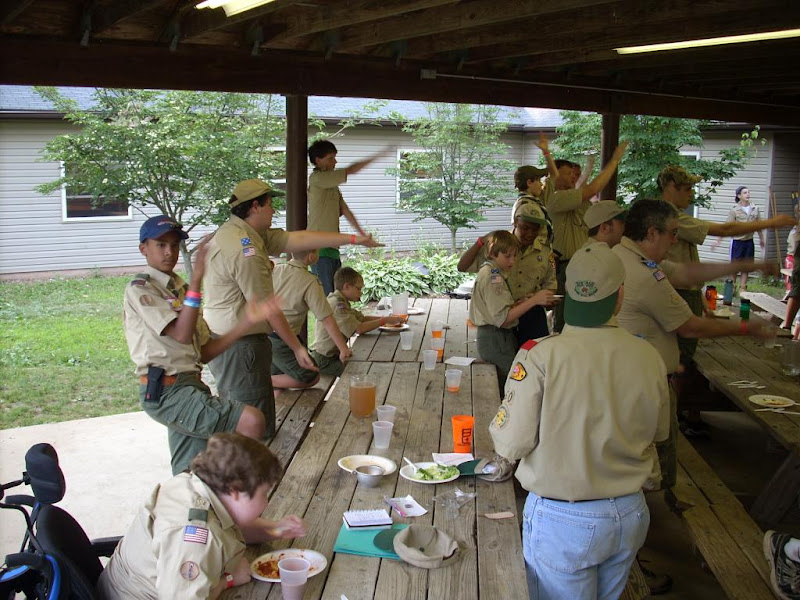